Adopted from South Korea in May of 1986 at 6 months old, Julie Yackley grew up in a small town in rural Minnesota, New Prague. She is currently living in Greenville, SC. 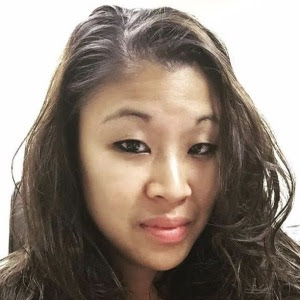 Dear Adoption, My Scars Are Real

I was just me; just another adoptee in a sea of mostly white faces. My parents did a great job celebrating my adoption “birthday”. One of my earliest memories was when I was four years old. Another little girl at daycare brought in pom-poms to play with. I remember asking her if I could play with them. With so much attitude I will never forget it, she said “My mom said that little black girls can’t play with them.” Those words are ingrained in my brain. I remember being confused when I heard the word “black”. I remember thinking that I am not black, I am Korean. How does a four year old even respond to something like that?

My parents did the best they could to try and preserve my heritage with me. I remember having a South Korean flag and doll in my room. When I was in kindergarten I went to another daycare with another Korean girl. She said she went to a Korean culture camp to learn about our culture. I remember asking my parents about it, however because my mother’s medical bills continued to stack, I never had the opportunity to go. My mother was battling breast cancer. She fought my entire childhood and lost her battle to breast cancer when I was seven; another scar I carry.

While I was in grade school, I made friends with a girl adopted from India. Her family was known for adopting all of their children. It was a friendly face among a sea of white faces. It was comfort and throughout middle and high school we often referred to each other as “Asian sisters”. We would speculate about our biological families and share the information we had with each other.

In middle school came a different world. Like every other child, I wanted to fit in. I rode the bus to and from school. Toward the end of middle school there were two brothers that began going to the local public school; I went to private school from kindergarten through 8th grade. These brothers lived in a rival small town; one in particular was very loud and very vocal about his dislike toward minorities. I remember on the bus one day he called me a “chink”, a term I had never heard but I knew to be upset. I got upset and ended up having to write sentences in order to ride the bus again because I retaliated. I asked my father that night at dinner what “chink” meant; he told me it was a word used to describe people of Asian ethnicity. This upset me even more, that there was even a word for that. I continued to see those brothers throughout middle and high school. At one point one even had a swastika tattooed in the middle of his forehead.

Then came college, more faces that looked like me, but I was too scared to try and be a part of them. They were different, they looked at me different. I remember I went to an “Asian American” club meeting and I could feel all the stares. I didn’t go back after that. I continued to isolate myself from the Asian American community. I was the “outsider”. When my son was born I wanted him to learn about our heritage and it made me even more curious about my own biological history. I knew what my adoption papers said about my birth mother but nothing more.  I was too scared to start looking and honestly didn’t know where to begin. I started to Google search my birth mother’s name, only to find women by the thousands.

The only reason I even joined the KAD (Korean Adoptee) community was because I wanted to know if anyone else had been successful in reuniting with their biological family. However, it took me 5 years to even attempt to begin looking. As I began to read stories from other KADs and talk with them I began to breathe a heavy sigh of relief that I was not alone, that I was never alone and that there were others just like me with the same struggle. I found some resources and tips to aid in my birth family search. I have since begun my search and may have possibly found my biological mother however I will have to travel to Korea to really see if it is her.  I will never be able to fully express my gratitude for finally being able to understand where and how I fit in. I have been able to learn more about who I am, where I came from and how I fit into this world. My son is able to learn more about his heritage because I went out on a limb.

My scars from adoption are still present, I see them and feel them daily. However I have come to bare them more and more. I have begun to heal and have accepted my scars; they have shaped me into who I am today.

We at branch production like to share this brave youth and there is Hope we are planning our project “Can you see me now? / Is not me “.) Reason for Dislike of Parenting /Husband/ men /Mothers /Abuse /Bulling /QUESTION? How do you Move on ? and survive the Internal damage still Love and live with Anguished soul . Donate and support The folk art become a member or ? any thing is welcome !!